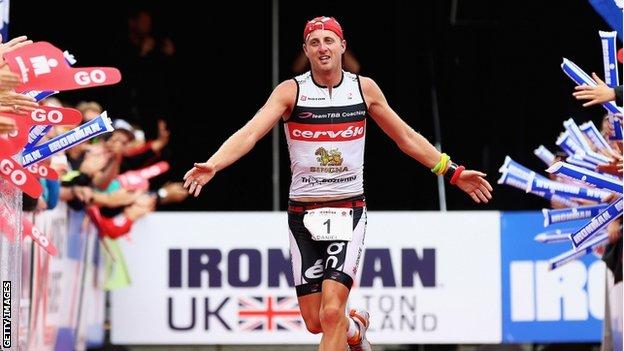 Jersey's Dan Halksworth defended his UK Ironman title after holding off his rivals in Bolton.

The triathlete completed the 2.4-mile swim, followed by a 112-mile bike race and then 26-mile run in eight hours and 45 minutes.

"It's a special feeling to defend my title. I wasn't expecting it," Halksworth told BBC Look North.

"I'm really pleased to be able to race Steven. He's been my mentor the last couple of years so to run with him was a really nice feeling.

"I've been training really hard - financially it's been difficult this year. I've had to make sacrifices because I want to get to Kona [which is hosting the Ironman World Championships] in October."