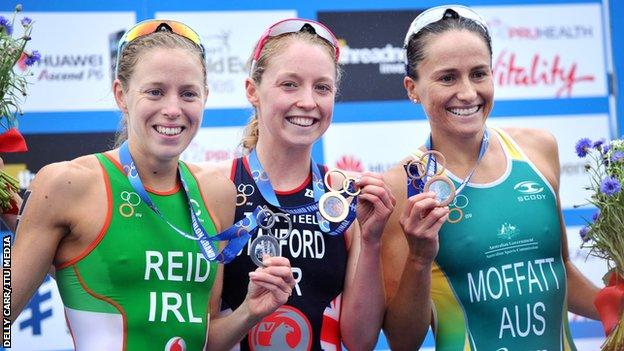 The Derry woman's runner-up finish in London moved her up to eighth overall in the world series.

Reid went into the London leg in 11th place in the standings.

Saturday's race took place on a wet and windy day in London.

Reid was in 10th place after the 1500m swim not far behind leader Moffatt.

The Londonderry woman remained in a lead group of 21 after the bike ride and she headed the chasers at the end of first lap of the 10K run after Stanford and Sarah Groff had moved clear.

However, Groff faded in the closing changes which left Reid in a battle for the minor medals with Moffatt and Simpson.

"I was running with Jodie and Moffy and I just through how am I staying here?" said a delighted Reid.