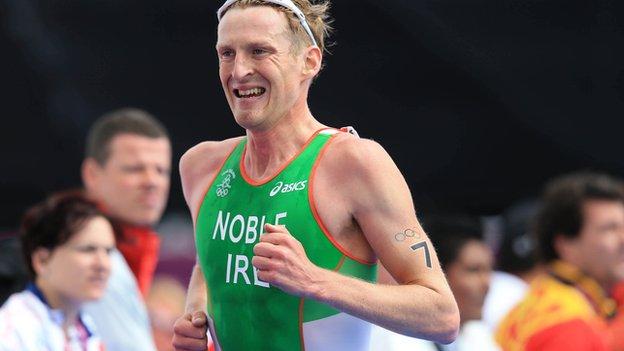 Fermanagh triathlete and Olympian Gavin Noble has appealed for the return of his bike and other equipment stolen in Dublin on Friday.

Noble was in Ashtown in the northern part of the city when his specialised bike was taken by a youth who headed in the direction of Cabra and Finglas.

Noble, 32, added that a computer and other equipment had also been taken.

"Quarg power meter. My name is on it. Sentimental value.

Noble said that the thief was wearing a "baggy yellow tee-shirt and jeans".