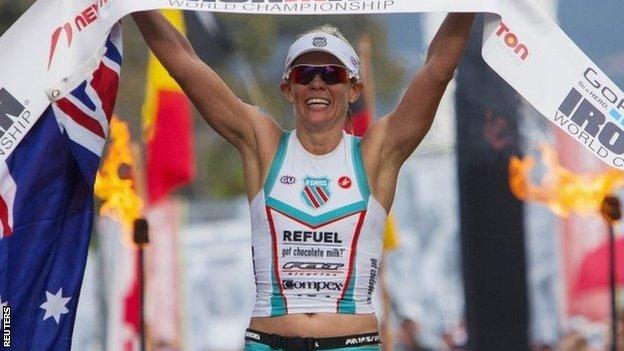 Carfrae, also champion in 2010, said: "I just had one of those days where you don't hurt - I didn't know I had a performance like that in me."

British competitors had won the race in five of the previous six years, four by Wellington.

Compatriot Jodie Swallow did not finish.

The men's race was won by Belgium's Frederik Van Lierde in 8:12:29 - the eighth-fastest time in the 35-year history of the event.

"After last year, I believed I could do it. I worked hard this year. This is amazing."