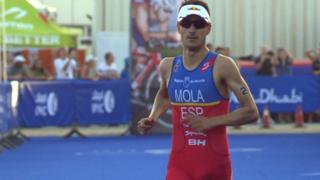 Brownlee, whose brother Alistair was absent with an ankle injury, finished 31 seconds adrift of the leader.