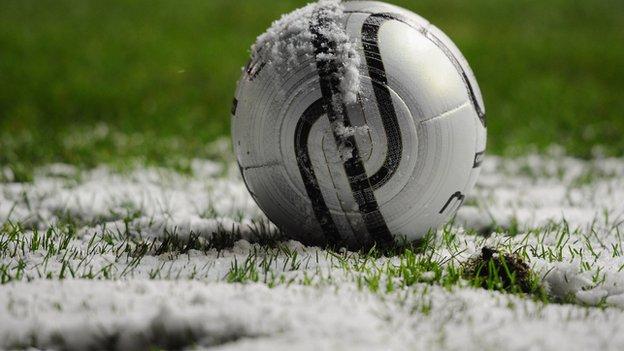 Freezing conditions have caused several sporting fixtures to be postponed in Wales, but Cardiff City's home clash with Blackpool goes ahead.

In rugby, Principality games at Cardiff, Pontypridd, Tonmawr and Aberavon have fallen victim to the weather.

While the Welsh Champion Hurdle at Ffos Las in Carmarthenshire has been called off due to a frozen track.

Welsh Premier football matches at Bala and Newtown have also been postponed.