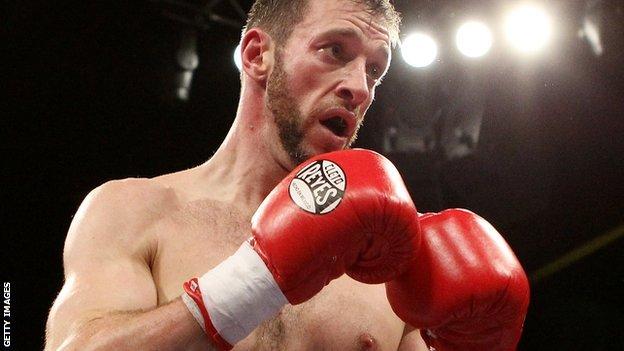 Enzo Maccarinelli has been ordered to a rematch against Shane McPhilbin for the British cruiserweight title.

Controversy surrounded the original fight when the bell to end the first round was sounded 47 seconds early.

Maccarinelli had been knocked down by title holder McPhilbin seconds earlier and was clearly hurt as he stood up.

Timekeeper Martin Fallon has since been suspended until 1 January 2013 by the British Boxing Board of Control, who have ordered a rematch before October.

Maccarinelli was also knocked down in the third round as McPhilbin continued to dominate the early exchanges.

But the 31-year-old former WBO cruiserweight champion recovered to take a unanimous points verdict, giving him his first British title of his career.

McPhilbin's manager, Carl Greaves, called for a rematch shortly after the judges' verdicts were given and the BBBofC have sanctioned the fight following an enquiry into the events of the first round.