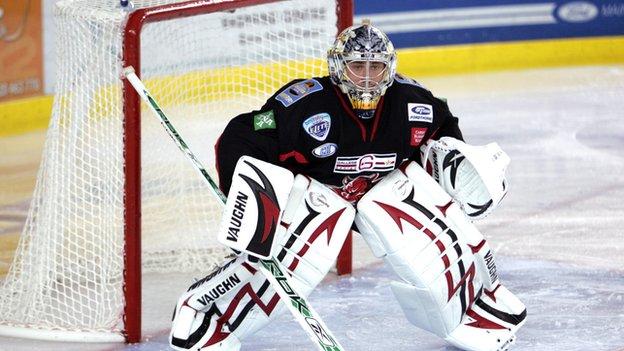 Goaltender Phil Osaer will return to play for the Cardiff Devils for the 2012-13 season.

The 32-year-old from Michigan, USA, will return for his second spell having left the south Wales side in 2008 to play for the Sparta Warriors in Norway.

"We know Phil and I believe he will be the best player in the Elite League next year," Adam told the club website.

"Phil was outstanding for us when he played here before and incredibly he has become better again.

"He left us to go to a higher standard of hockey in a better league and he is in the shape of his life.

"He has won everything possible at a personal and club level and has changed and improved his style of play."

The Devils were beaten 2-0 by Nottingham Panthers in the Elite League play-off final at the weekend.