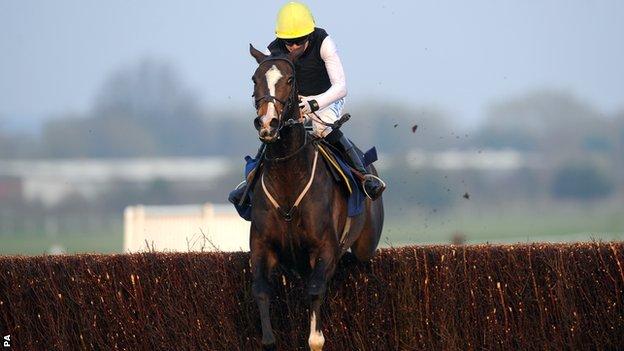 The 17-year-old won the Aintree Fox Hunters' Chase on Baby Run in 2011 and had his first flat winner on Addikt at Kempton last week.

He is the youngest son of trainer Nigel Twiston-Davies.

"The plan is for Willy to start riding out down here at the end of next week," said Hannon.

"Richard Hughes has given him a glowing reference, and, though he won't be able to do light, he can claim the 7lb which will be very valuable."