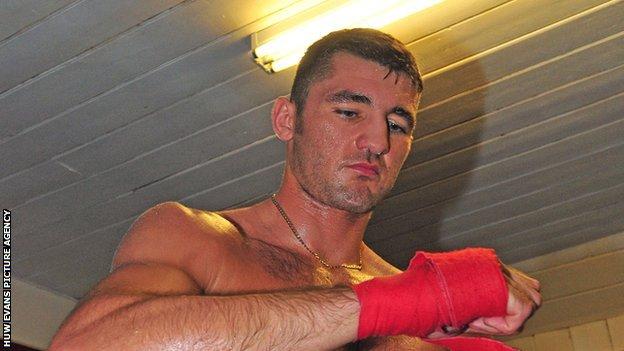 The Welshman outpointed Bellew last October, although one judge scored the attritional, ill-tempered bout a draw.

Liverpudlian Bellew bounced back from that loss to Cleverly, the first of his career, to stop Danny McIntosh last weekend and retain his British title.

"It's not ideal. If he had a world title belt then that would help, we could have an unification fight.

"It's a fight I want anyway, because I want to put the record straight. I think the last fight was a good fight and I think a second one would be as well."

Hopkins is still a great name, I'm not sure whether that fight is still alive now

"Dawson now is the new WBC world champion which I'm not surprised with really, I thought he'd win the fight," Cleverly said.

"He's probably instated himself now as the number one in the light-heavyweight division, he's probably the man to beat now.

"I think it is a fight that will happen in the future, but for the meantime we'll probably be looking at the WBA champion Beibut Shumenov.

"I think that fight can be made and we'll take it from there."

While Dawson and Shumenov are on the Cleverly radar, the unbeaten 25-year-old is eager to get back into action this summer after withdrawing from his last fight against Kosovan Robin Krasniqi because of illness.

"We'll just have to go through the names and see which one is keen to fight and go from there," Cleverly added.

"But there's options out there now, there's a lot of options available and we'll have to sit down, me and my promoter [Frank Warren] and discuss the best option.

"Hopkins is still a great name, I'm not sure whether that fight is still alive now.

"He's obviously going to have a break after this fight [against Dawson] and recuperate, so that will probably take a couple of months in itself before he gets back to business.

"We'll see what happens if he's still keen to fight on and continue fighting for a world title, then I'm sure that fight can still be made."

Russian Dmitry Sukhotsky remains the WBO's mandatory challenger and could also be a future opponent for Cleverly.