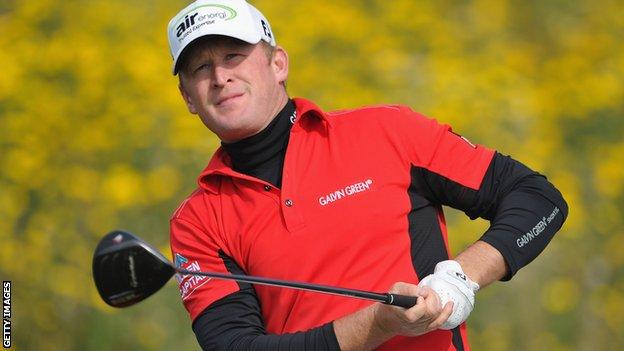 Jamie Donaldson hopes the ISPS Handa Wales Open will kick-start his season as he leads the home challenge at Celtic Manor, near Newport.

Donaldson, 36, is the only Welshman inside the world's top 200 and has deposed Rhys Davies and Bradley Dredge as Wales' number one.

"I've only played seven or eight events - the season is very early," he said.

"I don't usually get going until about this time of year so let it be this week that I start."

Donaldson made a strong start at last week's BMW PGA Championship at Wentworth, where an opening round of 67 left him one shot behind the early leaders.

But three disappointing rounds over par followed, illustrating Donaldson's own assessment of his form being "good in places but inconsistent overall".

He is still waiting for his first European Tour win but seven top 10 finishes last season saw him climb to a career-best 38th in the 2011 Race to Dubai.

Nine Welshman in all will compete at Celtic Manor, with Davies, Dredge, Phillip Price and Stephen Dodd - who have nine European Tour victories between them - the other established players.

Dredge finished second in 2007 and Davies matched that feat in 2010 when a course-record 62 pushed eventual winner Graeme McDowell all the way.

Richard Johnson, who has plyed 32 events on the US PGA Tour, will also be in the field, and Walker Cup winner Rhys Pugh and fellow Wales amateur internationals Jason Shufflebotham and Rhys Enoch have been given special invites to play.

Their skipper Colin Montgomerie tees up for the 10th successive year at Celtic Manor, while his successor as Ryder Cup Captain, José Maria Olazábal, plays in the event for the first time.

Meanwhile, former Ryder Cup player and captain Brian Huggett, 75, has been given honorary life membership of the European Tour in recognition of his achievements over more than half a century.

Welshman Huggett was instrumental in the Ryder Cup being staged in Wales for the first time in 2010.