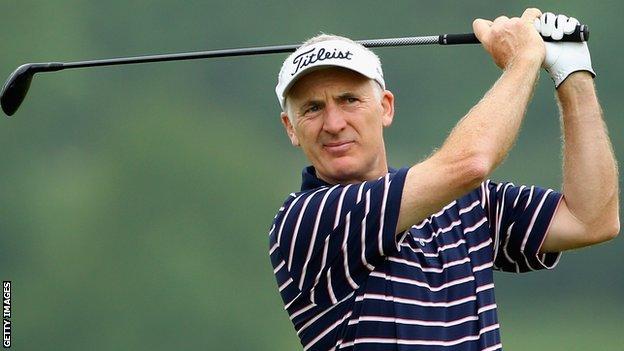 Phil Price says his top 10 finish at the Scottish Open has given him renewed optimism for the rest of the season.

The 45-year-old Welshman finished in a tie for eighth place at Castle Stuart after a final round 69 in testing conditions moved him up 15 places.

His return to form came after missing the cut in six of his last eight European Tour events.

"I've struggled for the last six to eight weeks so it's nice to get back on track," said Price.

"I did a bit of technical work because my swing had gone a little off after I took a month's break in April.

"I felt the ball-striking improving every week. I wasn't making the cut but I felt I was making progress. There was even more progress this week so I'm delighted."

Price's only other top 10 finish this season came in Morocco in March at the Trophee Hassan II.

His performance in Scotland was not quiet good enough to win a place at this week's Open Championship, meaning Jamie Donaldson will be the sole Welsh representative at Royal Lytham & St Annes.

Jeev Milkha Singh, 40, took the one Open spot on offer in Castle Stuart by beating Francesco Molinari in a play-off for the title.

Price now faces an enforced break as his current world ranking of 417 means there is now place for him at the WGC event that follows the Open or the USPGA Championship, the third major of the year.

"I get four weeks off in the next five so I might go on holiday again," he said. "But I think this time when I take my break I'll a little bit more work.

"A good finish to the end of the year would be nice."