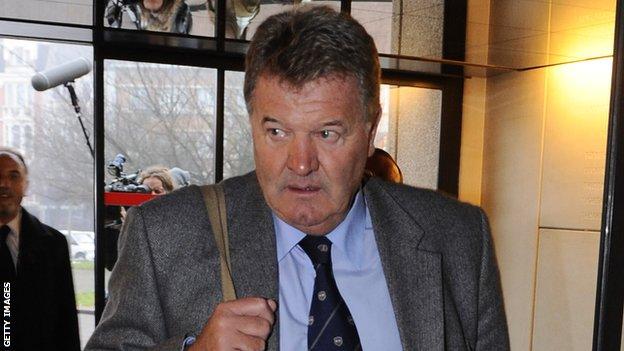 John Toshack has left his job as manager of FYR Macedonia after only a year in charge.

Toshack had been asked to live in Macedonia but had preferred to continue commuting from Spain.

In his eight games in charge, Toshack's only win came against Andorra in a Euro 2012 qualifier.

Toshack leaves his post less than a month before the start of Macedonia's 2014 World Cup qualification campaign, during which he was due to face both Wales and Scotland.

Before joining Macedonia on 7 August 2011, 63-year-old Toshack had been out of work since resigning as Wales manager following the 1-0 Euro 2012 qualifier defeat in Montenegro in September 2010.

At the time of his appointment by Macedonia Toshack had said: "I am so honoured that the FFM chose me as coach of the Macedonia national team.

"I hope that together we can achieve success at international level."

He took over with Macedonia ranked 96th in Fifa's world rankings but they have since slipped to 102nd.

Toshack, whose career highlights as manager include winning the Spanish title with Real Madrid in 1990 and guiding Swansea City from the Fourth Division to the First Division, stood down as Wales manager after a run of disappointing results.

He took over the reins during a period of transition as many of Wales' established internationals chose to retire from international football.

The former Liverpool striker guided Wales to 10 competitive wins in 29 qualifiers - losing 16 - since his first game in March 2005, but failed to claim the scalp of a major footballing nation.

The most notable result of his second tenure in charge as Wales manager was a goalless draw in their final Euro 2008 qualifier in Frankfurt in November 2007 against eventual tournament runners-up Germany.