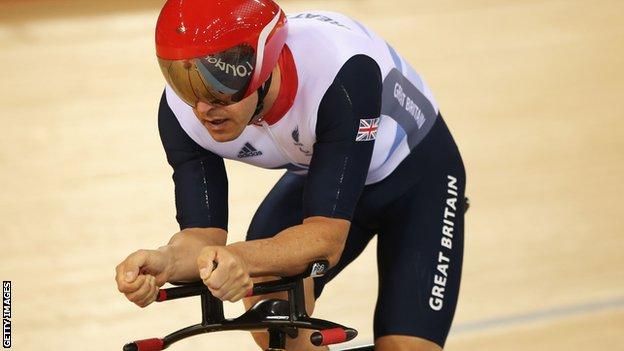 The Welshman broke his back in 2009 in a paragliding accident and began competitive cycling a year later.

"I've worked for almost two years to get to this stage of my life," Colbourne said.

"Three years ago when I had a terrible near fatal accident, I genuinely thought my life was over as I knew it because I was heavily into sport.

"Then two years ago Neil Smith from Disability Sport Wales put me on a track bike with stabilisers and it just opened up a door for me.

"To be in front of a home crowd in London to pick up my first Paralympic medal is a great achievement for me."

The 42-year-old, making his Paralympic Games debut, clocked a time of one minute 08.471 seconds at the Velodrome.

"Obviously my aspiration was to win gold," Colbourne added. "The gentleman's [Li] improved quite a lot since February since we raced in Los Angeles.

"Obviously I've PB'd by three seconds which is a big achievement for me.

"I gave it 100% but you've got to accept somebody else was better than me on the day."

Colbourne's attention now turns to Friday's C1 3km individual pursuit and he will also compete on the road in the C1 time trial and C1-3 road race later in the games.