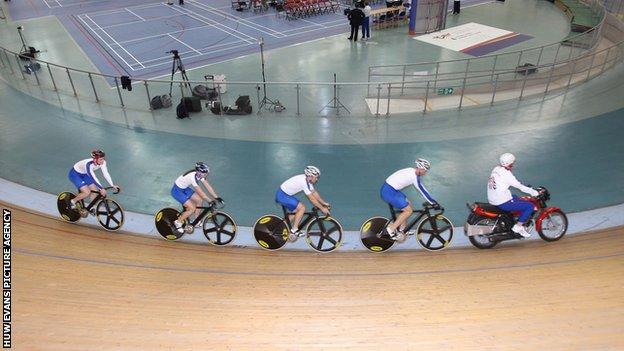 Wales is to launch its own national track cycling team.

Welsh Cycling is to set up Team SWI WC on 3 October at Wales International Velodrome, Newport.

The move comes on the back of unprecedented success of Great Britain's cyclists in the velodrome at the London 2012 Olympic and Paralympic Games.

It will be the first time that any of the home nations have had their own track team.

As well as that Dave Brailsford, performance director of British cycling, was brought up in north Wales.

Welsh Cycling, with support from Sport Wales, are taking steps to ensure that Wales continues to be represented on podiums at the Commonwealth Games in Glasgow 2014 and the 2016 Rio Olympics.

Team SWI WC will compete at UCI Track World Cups 2012-13 in Cali in Colombia, Glasgow and Aguascalientes in Mexico.

The UCI Track World Cup series attracts the world's best track cyclists with national representations from across the globe.

In 2011-12, Sir Chris Hoy, Victoria Pendleton and Laura Trott all competed for Great Britain in the World Cup series.