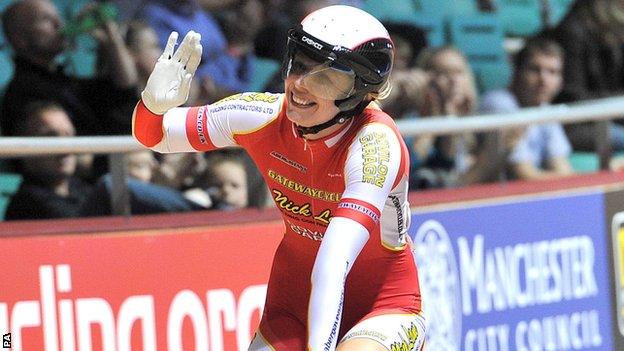 Becky James and Jess Varnish won gold in the women's team sprint on the opening day of the Track Cycling World Cup in Colombia.

The British pair won in a time of 33.734 seconds, over a second and a half clear of Japan's Kayono Maeda and Hiroko Ishii.

The opening event of the World Cup series also marked the debut of the newly formed Team SWI Welsh Cycling.