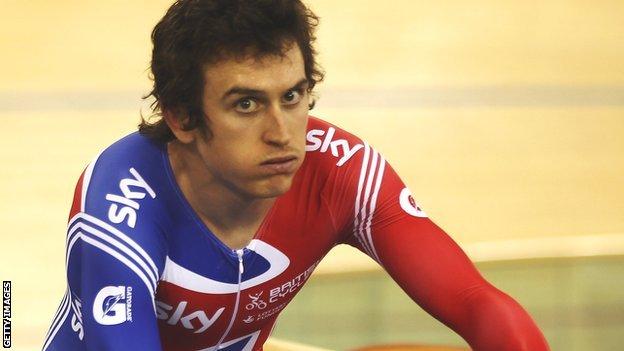 Thomas claims he will now be freed up to pursue other priorities in the Tour.

"It's sad to see him [Cavendish] go because he's the best sprinter in the world. But from an individual point of view it frees me to do other things," said Thomas.

With his stint in track racing at an end for now, Thomas is looking forward to getting back involved on the road racing circuit - targeting the prestigious one-day international classics races.

"Next year the classics at the end of March and the start of April are my big individual goals really," he said.

"Then I want to go the Tour and help Brad or [Chris] Froome, whoever the lead will be next year, and hopefully try and win another yellow jersey.

"I'm really looking forward to getting onto that start line and battling for the overall win again."

Wiggins has hinted he might not be the lead rider for Team Sky at the Tour next year, with the mountainous course and shorter time trial stages thought to suit Chris Froome better.

Thomas, however, thinks it is not as clear-cut as some people assume.

"I think it gets hyped: 'It's a climbers' course, it's this and that,'" said Thomas.

"But you still go up mountains, you still have long time trials. There's still danger in sickness and injury and a lot of things come into it.

"It depends what Brad decides to do. I've heard rumours that he might target other races and go to the Tour to help Froome.

"He [Wiggins] put a lot of work into winning that Tour. The last few years, he's lived like a monk.

"He's been away from his family, he's missed kids' birthdays and there's only so long you can do that before you want a bit of family life again.

"We'll see [who leads the team], but whoever it is I can't wait to go there and ride for them and battle for that win."