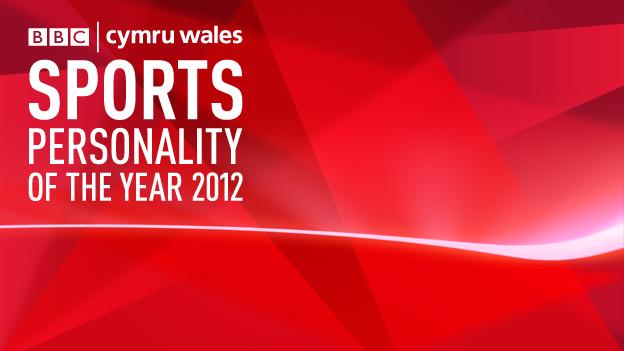 Wales' Olympic and Paralympic heroes make up six of the 10 nominees who will contest the award for BBC Cymru Wales Sports Personality of the Year 2012.

Another cyclist, shone in the Paralympics with a gold and two silvers, was also a multi-medal winner with gold in the F42 discus and bronze in the F42/44 shot put, while smashed world records on her way to gold in the F51 discus.

Team sports are also represented by rugby union flanker the Six Nations player of the tournament as Wales won the Grand Slam, while footballer sparkled in the shirts of both Wales and Tottenham Hotspur.

Triathlete became the first woman to win both the Ironman and Half-Ironman women's World Championships in the same year, while completing the list is boxer who classily saw off two challengers in 2012 to retain his WBO light-heavyweight title.

The winner will be unveiled on the evening of Monday, 10 December and there is an awards ceremony that evening at the Millennium Stadium in Cardiff. This event is not connected with the UK Sports Personality of the Year and is for the Wales award only.

BBC Radio Wales will provide live coverage of the whole ceremony from Cardiff, while all other BBC Cymru Wales outlets will provide news of the result.

A review of the sporting year will be broadcast on Friday, 21 December on BBC Two Wales at 21:00 GMT and repeated on Boxing Day.

Choosing nominees for Wales Sports Personality is always a difficult task but 2012 proved to be the toughest year yet after a vintage Welsh sporting 12 months.

With so much to admire, it was decided that the 2012 shortlist has 10 candidates - up from last year's five contenders.

Our five-strong panel asked to undertake the difficult task of whittling down the shortlist gathered in Cardiff earlier in November and consisted of Nigel Walker, Baroness Tanni Grey-Thompson, David Davies, Non Evans and Jayne Ludlow.

Former Wales rugby union wing and hurdler Nigel is currently the national director at the English Institute of Sport, and one of his previous jobs was as head of sport here at BBC Wales.

Paralympic legend Lady Tanni, who also served on the panel for the UK Sports Personality of the Year, was a welcome addition to the BBC Wales panel, while Non has represented Wales at rugby union, wrestling, weightlifting and judo.

Swimmer David Davies claimed an Olympic silver medal in the 10k open water event at the 2008 Olympics, having already won 1500m freestyle bronze at the 2004 Olympics.

Arsenal midfielder Jayne, who was British record holder in the triple jump at under-17 level, is arguably Wales' greatest woman footballer - captaining her country on 38 occasions during her 61-cap career and scoring 19 international goals.

Another annual award is the Wales which was decided by a separate panel and this year goes to a long-term volunteer at Swansea Rifle Club.

Arthur will go forward to represent Wales at the network BBC Sports Personality of the Year 2012 awards held at the ExCel in London on Sunday, 16 December.