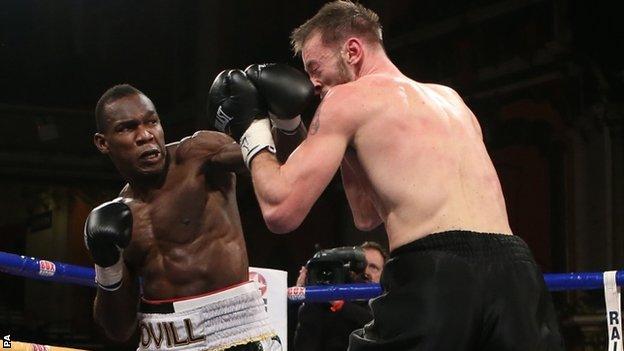 Referee Ian John-Lewis deemed the 32-year-old Welshman was taking too much punishment and stopped the fight.

"My hands were up and I blocked his shots until the referee stepped in," Maccarinelli said.

Derby-based fighter McKenzie, 32, admitted: "The fight could have carried on, I can't lie about that."

He added: "It's not my fault, there's nothing I can do. I will give this guy a rematch anytime."

McKenzie had claimed the title in November 2011 by stopping Jeff Evans, before defending the belt against Tony Dodson in February.