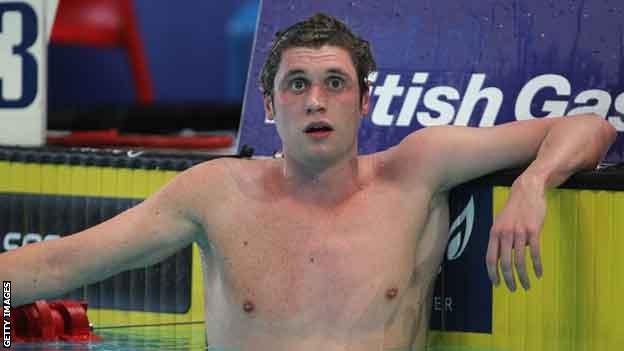 Welsh long distance swimmer David Davies has retired from the sport, saying nothing can top competing at the 2012 Olympics in London.

The 27-year-old indicated prior to the London Games that he would consider his future after the event.

He did not progress beyond the 1500m heats, but told BBC Wales: "It was a career highlight for me, being there, and I think it's time to move on."

Davies has taken up a role with project Sport Wales as an athlete mentor.

Davies, from Barry, has won Olympic silver in Beijing in 2008 having taken a bronze at the 2004 Games in Athens.

"I haven't made too many secrets of it that it would probably be my last Olympics and I just wanted to give it a couple of months to make sure it was the right decision," added Davies.

"I've been to three Olympic Games. I've achieved more than I ever thought I would and when you get to a bit of an older age it's a bit harder to do. The last few years have not been as easy as the start of my career and I can't think of anything that's going to get better than experiencing London 2012, really."

Davies has fought back from a lack of form to secure his place at the London Games.

Fatigue problems forced him to withdraw from the 2011 World Championships and thoughts of retirement began to take hold.

He took a six-week break after medical advice and then rediscovered his appetite for the sport.

Olympic qualification was no guarantee for the 1500m British record holder, but Davies had been spurred on by the thought of performing at his home Olympics.