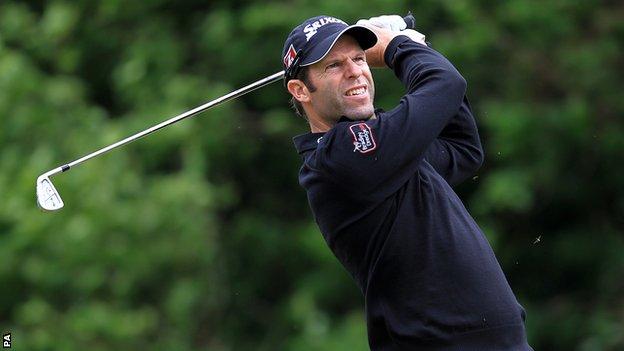 Bradley Dredge is considering quitting golf after losing his automatic place on next year's European Tour.

The Welshman, 39, missed the cut at the Hong Kong Open and can no longer finish high enough up the rankings to avoid qualifying school.

Dredge, who partnered countryman Stephen Dodd to World Cup success in 2005, is considering his future.

"Do I just retire and pack the clubs to the side? I don't know," Dredge said.

"If it comes down to that and I go to tour school and I'm going to play in the back of beyond for not much money, it's not an attractive thing for me to be doing.

"It's been funny trying to battle away to try and keep my card, I haven't done that for a good few years.

"I haven't played very well for the past four years and gradually scoring has been getting worse."

Dredge won the last of his two titles on the European Tour at the Omega European Masters in 2006 but since then he has only recorded five top three finishes.

His failure to progress at the Hong Kong Open was the 12th cut he has missed this year.