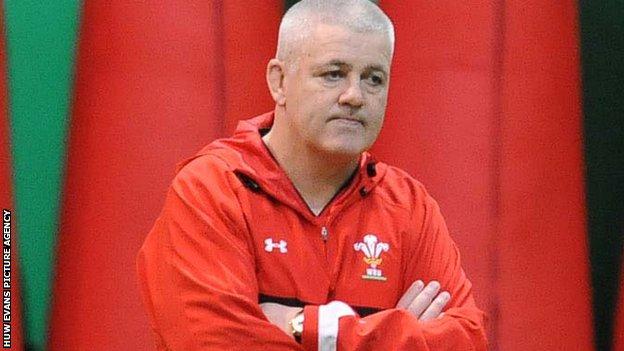 On this week's Sport Wales we look at what is going wrong with the Welsh Rugby team ahead of the visit of New Zealand on Saturday.

The Welsh team are in 8th place in IRB World Rankings having lost to Argentina and Samoa this month. We head into the Welsh camp to assess the feelings within the squad after the demoralising start to the autumn series and ask why Wales have failed to build on their semi-final showing at last year's World Cup and the Grand Slam triumph last spring.

We're also with the All Blacks as they arrive in Cardiff with wins over Scotland and Italy under their belts - fired up by some misquoted comments by Shaun Edwards at the World Cup.

A year on from the death of Wales football manager Gary Speed, his father Roger tells us how the past twelve months have been for the family as his son Ed Speed looks set to play for the Wales under 16s for the first time.

We also reflect on the life of Kenny Morgans - a survivor of the 1958 Munich air crash during his time at Manchester United - the Welsh Busby Babe passed away this week.

His hometown club Swansea City welcome Liverpool to the Liberty Stadium this weekend with Brendan Rodgers returning for the first time since leaving for Anfield in the summer - we've gathered his thoughts on coming back to Wales.

And if that's not enough, we profile Wales' latest World Champion - triathlete Non Stanford. We head to the Mumbles to meet up with ITU Under 23 Champion and hear about her life in sport so far which has seen her draw inspiration from Kelly Holmes and the Brownlee Brothers.