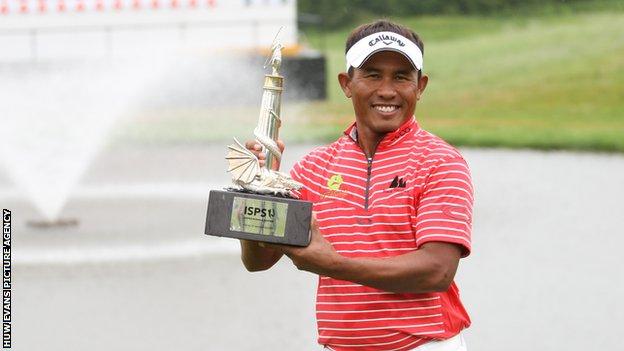 The 2013 Wales Open will move to a new date in August, beginning the race for qualification for the 2014 Ryder Cup.

"We are delighted to have secured a new date for the [event]," said Celtic Manor Resort chief executive Dylan Matthews.

"[It] has been played in late May and early June every year since 2003 and it will give the event fresh impetus."

"With the drama of Europe's nail-biting Ryder Cup victory here still so strong in the memory, it is very exciting that the new date means the ISPS Handa Wales Open will be the first counting event for the next team," added Matthews.

"I'm sure many of the leading players on The European Tour will be anxious to give their hopes of qualification the best possible start by securing the first prize at the Wales Open."

Organisers will hope the August date will give the event greater impetus, especially as there is uncertainty over the future of the Wales Open.

The current contract is due to expire in 2014.

Meanwhile, The Wales Senior Open will also move to a new date on the European Senior Tour schedule.