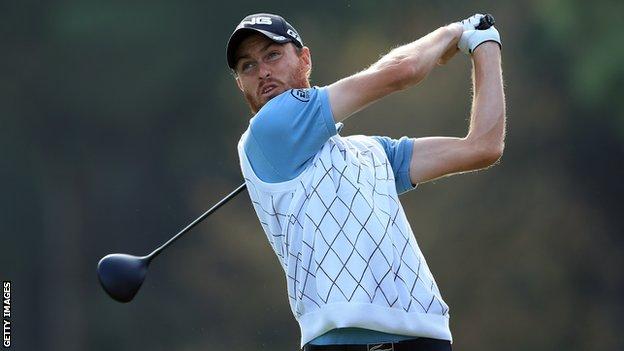 Welshmen Rhys Davies and Bradley Dredge have failed to qualify for next year's European Tour.

The Welsh pair missed the fourth round cut at qualifying school in Catalunya.

Both players, who were once ranked in the top 40 of world golf, carded four-over-par scores after four rounds.

It's one of those things you've got to deal with. It feels horrible, there's no doubt about it

Stephen Dodd, who partnered Dredge to World Cup success in 2005, has made it through to the last 70 and faces two further rounds in his bid to clinch a top 25 place.

A top 25 finish will secure full membership of the tour for next year.

Dredge had played on the European Tour for 13 years and won two titles - the 2003 Madeira Island Open and the Omega European Masters in 2006.

The 39-year-old had previously said he was considering retirement from golf after losing his automatic place on next year's tour.

Davies' only victory on the European Tour came in 2010 at the Hassan II Trophy in Morocco.

The 27-year-old now faces a return to the Challenge Tour but the Welshman has vowed to rebuild his game.

"It feels horrible, there's no doubt about it. It's one of those things you've got to deal with," Davies said

"In some ways it might help me and give myself a little break from the break.

"I've put a lot into it over the last few years. Sometimes more is not always the right thing. A little break may help me in some respects."