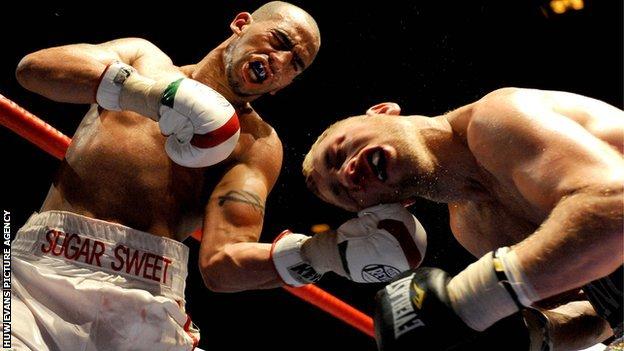 Pryce has been training for a scheduled fight on 15 December and insists he is in "great shape" for Saturday's eight-round bout.

The 31-year-old Welshman lost on points to Commonwealth champion Billy Joe Saunders in his last fight in June.

Eubank Jr has won all of seven fights since turning professional in 2011.

His latest opportunity to impress will feature on the undercard of Tyson Fury's WBC heavyweight world-title eliminator at Odyssey Arena.

Calzaghe then proceeded to dominate the 168lb division for more than 10 years.