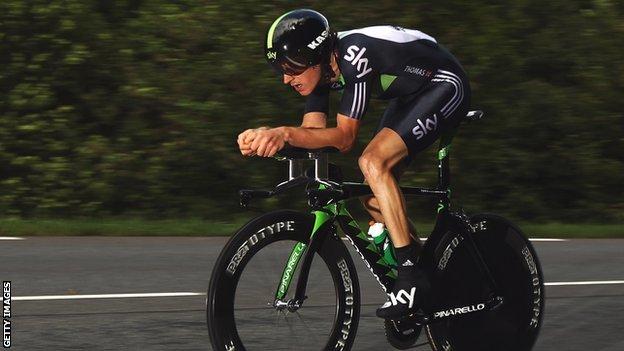 Welsh cyclists Geraint Thomas and Luke Rowe have been included in a seven-man Team Sky squad for the season-opening Tour Down Under.

Ian Stannard is the other Briton, along with Edvald Boasson Hagen, seventh in 2012, former stage winner Chris Sutton, Mathew Hayman and Bernhard Eisel.

The Adelaide-based Tour Down Under will again run over six stages between 22-27 January.

The People's Choice Classic criterium will act as a warm-up on 20 January.

The Tour Down Under will be Thomas' first major road race since he won Olympic gold on the track with the Great Britain team pursuit quartet.