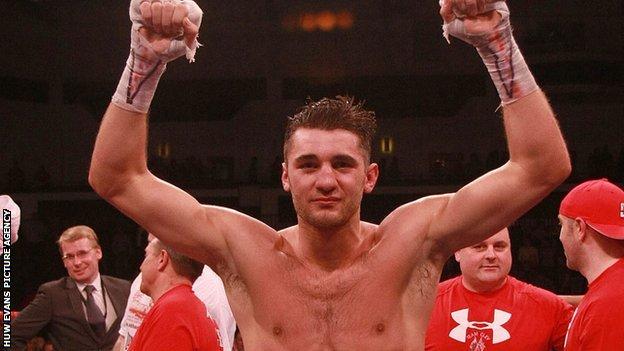 The Welshman had feared the fight would take place in Germany, where the Kosovan is based.

The WBO threatened to strip Cleverly of his belt unless a bout with WBO international title holder Krasniqi, 25, was arranged.

Krasniqi and Cleverly were due to meet in April 2012, but the Welshman had to pull out with illness.

He hopes an impressive win over the twice-beaten challenger will open the way for unification fights in 2013, with WBA champion Beibut Shumenov one potential opponent.

Tavoris Cloud and Chad Dawson are also on Cleverly's radar.

"Krasniqi will be a hard defence and he's a fighter not to be underestimated," said Cleverly.

"I've got to beat him and in style to keep the heat on for a unification fight against Cloud, Dawson or Shumenov.

"Every fight is crucial for me, but there is extra pressure on this one to perform which I love because I fight best when the pressure's on."

Krasniqi, who holds the WBO International title, has won his last four fights by knock out and has never been stopped in 41 fights.