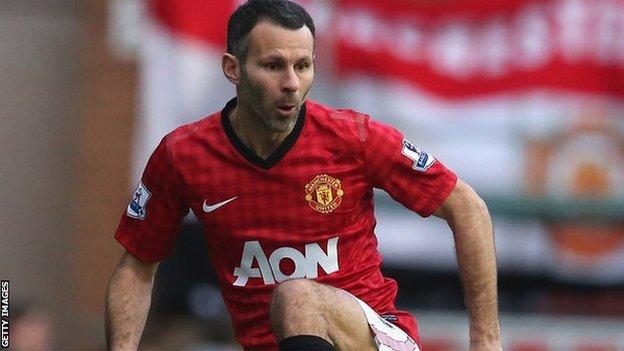 Hi everyone - is it too late to wish you a Happy New Year?

With the last of the tangerines gone, and after what feels like an eternity, Sport Wales returns this Friday at 22:00 GMT on BBC Two Wales packed full of big names and great features.

With the RBS Six Nations kicking off with Wales v Ireland on 2 February, Sport Wales has been meeting the five new faces in the Wales squad.

Locks James King (Ospreys) and Andrew Coombs (Dragons) have been called up for the first time. They are joined by Blues back-rowers Josh Navidi and Andries Pretorius, plus Ospreys wing Eli Walker.

Wales will be looking to defend their title but go into the game against Ireland reeling from seven defeats on the spin.

That is hardly the form that makes you think that Wales interim coach Rob Howley can inspire a repeat of the Grand Slam exploits of 12 months ago.

But we are always a 'glass half-full' optimistic type of programme, so we'll be hearing how the newbies plan on helping the oldies do just that.

And how well are our four main Welsh football clubs doing at the moment?

Swansea City enjoyed an unbeaten run over Christmas, Cardiff City are flying at the top of the Championship, Wrexham top the Blue Square Premier, while Newport County are just one point behind them.

This week Sport Wales will be down at the Liberty Stadium to meet the Swans' new signing Roland Lamah. He has joined on loan from Spanish side Osasuna, so we'll be finding out what he has made of his first few days in Wales

We might even ask him about the reports coming out from Spain, that manager Michael Laudrup featured in the top three of a poll of managers Real Madrid fans would like to take over from Jose Mourinho.

Mourinho is often linked with a return to the Premier League, with many tipping him to take over from Sir Alex Ferguson at Manchester United.

They play Spurs this weekend, which means that Ryan Giggs will lock horns with the heir to his throne as Wales' greatest footballer - Gareth Bale.

Who do you think is the best? We've been arguing in the BBC Sport Wales office for months, so decided to get the thoughts of two men far more qualified than us - David Ginola and Bryan Robson will be on the show to discuss the Bale v Giggs debate. You can join in too by following us on Twitter: @bbcsportwalestv

Plus we will catch up with Leanda Cave. The Welsh triathlete is the current Ironman Triathlon and Ironman 70.3 world champion. It has been a great 12 months for her so we will be asking Leanda if 2013 can get any better.

So if your New Year's Resolution to get fit is starting to flag, then make sure you get the sporting fix which you promised yourself by joining us this Friday.

That is exactly what former Liverpool, Manchester City and Germany star Dietmar Hamann will be doing, chatting to presenter Dot Davies, so don't miss it!