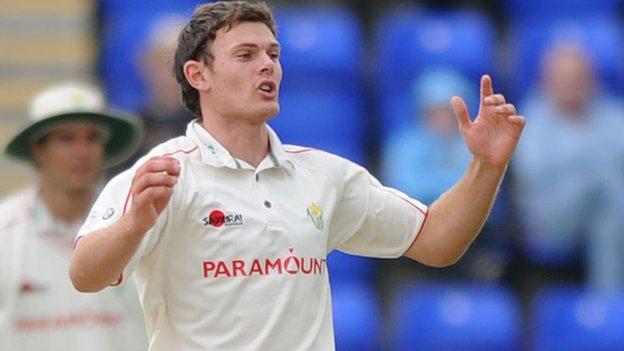 Welsh seam bowler James Harris has been promoted to the England squad for the 50-overs series against New Zealand next month.

Harris will be in contention for his senior England debut in the three match series from 17-23 February instead of playing for England Lions in Australia.

He was called into the England 20-20 squad in India last month but didn't make the final eleven for either game.

Harris left Glamorgan for Middlesex at the end of last summer.