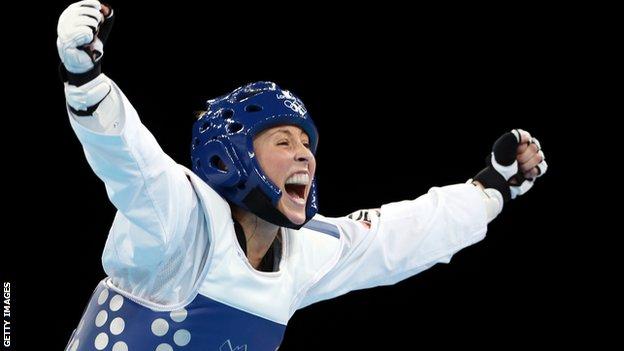 Jade Jones is set to return to competition for the first time since winning gold at last year's Olympic Games in London.

The 19-year-old, Britain's first ever taekwondo gold medallist, will be part of a 12-strong squad in action at the Trelleborg Open in Sweden this weekend.

After six months out Jones admits it has been tough trying to re-focus on her sporting career.

"I struggled for motivation after what happened at the Olympics," Jones said.

"But it's coming back now and I'll definitely be on point for the World Championships later in the year.

"I still love taekwondo and I have never thought about doing anything else.

"I don't really know what to expect this weekend but I am looking forward to it.

"I have heard there should be a few good girls in my weight so it will be a good test to see where I am up to.

"We recently came back from a hard training camp in Korea which was a shock to the system.

"It felt weird sparring again but it was a useful exercise as I don't have many sparring partners at my weight in Britain."

Jones will not be joined in Sweden by her fellow Olympic medallist Lutalo Muhammad.

The bronze medallist is targeting next month's German Open in Hamburg, where he is likely to step-up from -80kg to -87kg.