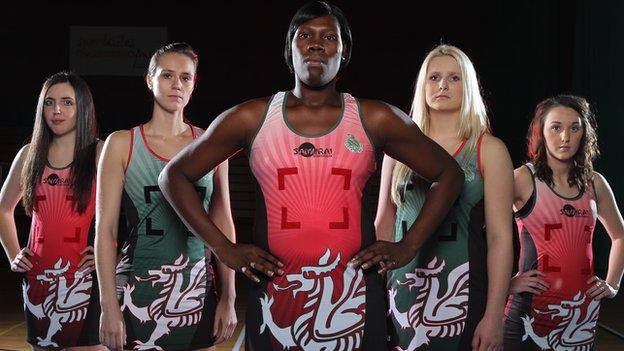 It was a symptom which Hyndman believes cost the Welsh side a play-off place.

"We could have been there [in the play-offs] but mentally we just lost it," claimed Hyndman.

"We like to come from behind and it's a trait we have to stop now."

The Dragons have three newcomers in their squad including New Zealand defender Jenna Murie, fellow defensive player Lorraine Betsy, who has signed from Surrey Storm, and Wales under-21 centre court player Cathy Bastian.

Part of Hyndman's preparation for the new season was shadowing the Welsh rugby squad for two days.

"I've taken lots of great things that they've been doing and we're going to instil it into the Celtic Dragons and Wales as well," she said.

"But even though they have so much more than we do, the environment that we've created with the Welsh national team is no different [in terms of professionalism]."