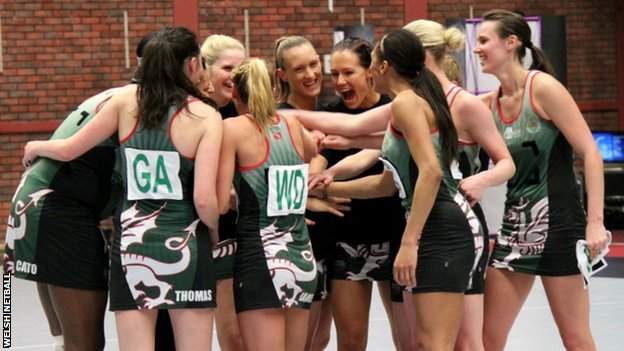 Celtic Dragons have reached the "showdown" section of netball's Superleague thanks to a shock 65-50 home win over Surrey Storm.

The victory in Cardiff ensures the Welsh side will finish in the top half of the eight-team league.

Dragons will face TeamBath, Hertfordshire Mavericks and Surrey Storm before the finals weekend.

"If I could scream with joy I would, I'm just ecstatic," said Dragons coach Melissa Hyndman.

The top three teams will go automatically into the semi-finals, with the fourth side playing the winner of the lower section.

"I'm so proud of the whole team - the team on the sideline, the team on the court. I know I only played seven [players] but it was about getting to top four, and that's what we did."