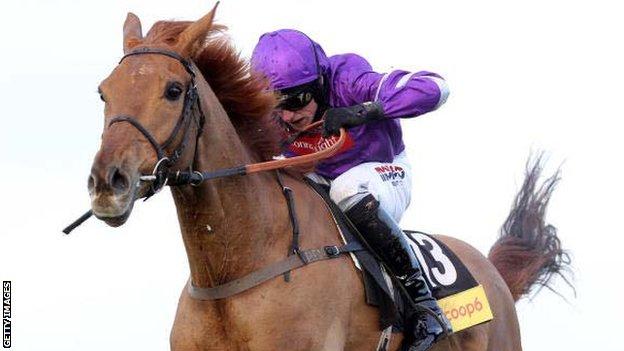 Welsh Trainer Tim Vaughan has a "crucial" week ahead to get his leading Grand National hope Beshabar ready for the race.

Vale of Glamorgan trainer is hoping the 2011 Scottish National winner is fit for the race on Saturday, 6 April.

Beshabar was an early favourite for the big race last season before an injury ruined his hopes of competing.

"He is in good order, but every day is crucial now for Beshabar," said Vaughan.

"We have really started to apply the pressure to him from an obvious fitness point of view.

"He has had a long time off and we are keeping our fingers crossed and keep going."

Vaughan says he would be disappointed if the horse failed to make Aintree for a second successive season.

The 11-year-old has not run since finishing fifth at the Hennessy Gold Cup November 2011. A month later he suffered a tendon injury in training that has kept him off the track for 14 months.