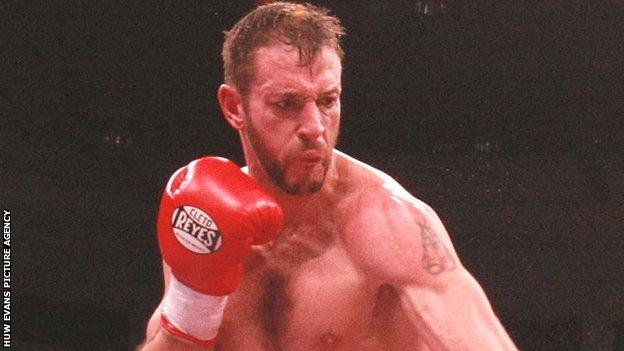 The rematch between Commonwealth light-heavyweight champion Ovill McKenzie and Enzo Maccarinelli is off because of an injury to the champion.

McKenzie injured a knee while sparring for the bout which was due to take place at Wembley Arena on 20 April.

The pair met in November 2012, when Welshman Maccarinelli was stopped controversially in the second round.

"Hopefully me and Enzo will get a later date in the near future," said McKenzie on his Facebook page.

The rematch was due to be on the undercard of the WBO world title bout between Nathan Cleverly and Robin Krasniqi.

"I injured my knee [and] as a result of this I need a week off from running and hard pressure on my feet," said McKenzie.

"Hopefully it's gonna [sic] happen soon so I can put Enzo out of his misery once and for all and move on to bigger things."

Maccarinelli argues that the first bout between the pair was stopped too soon.