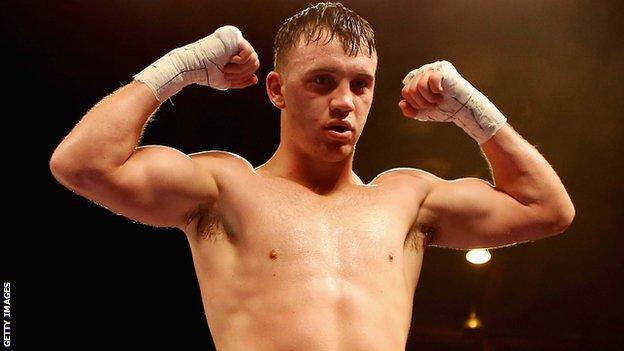 Olympic boxing silver medalist Fred Evans intends to join the professional ranks before the end of 2013.

Evans, 22, won the welterweight silver medal at London 2012 to became the most successful Welsh Olympic boxer.

"He needs turning professional to get him going again and to motivate him," said Borg.

"He feels he is just going over the same grounds and boxing the same people and he has gone a bit flat and he needs a fresh start.

"We will sit down with a number of different promoters and we will see what they bring to the table."

Evans' bid to become the first Welshman to win Olympic boxing gold ended when he ran into a Serik Sapiyev.

The Kazakh boxer was simply too good for Evans, winning the gold-medal contest 17-9.

Fred Evans reached the final with four victories, including a victory over world number one Taras Shelestyuk.

Borg claims Evans does not want to fight at the next Olympics in Brazil and the boxer feels he has nothing left to prove in the amateur ranks.

He also reveals that Evans' dream, despite his success as an amateur boxer, has always been to turn professional and to fight for a living.

"Fred is the European gold medalist, Olympic silver medalist and the first Welshman to reach the Olympic finals," said Borg.

"He feels it is time to move on now and join the professional ranks which is something he has wanted to do since he first came into the gym.

"He has done everything, been to the Commonwealth Games, won European golds twice and Olympic silver.

"He doesn't want to wait another four years and it is time for him to turn [professional]."