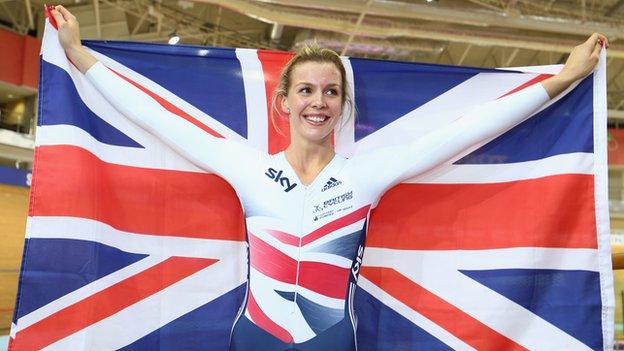 Welsh cyclist Becky James has been tipped as Olympic legend Victoria Pendleton's Great Britain successor after being promoted to the top level of funding for the the 2016 Games.

Sprinter James, 21, missed the the 2012 London Games at which Pendleton underlined her status by winning gold in the women's keirin because of injury and illness.

As expected, Thomas, who followed up pursuit gold in the 2008 Beijing Games with another in London, continues at the top level of funding.

Likewise Elinor Barker, 18, a gold medalist at the track World Championships in Glasgow in 2012 and again in Belarus in 2013, remains among the premier tier.

Welshman Brailsford said: "We continue with a strong squad of podium riders, all of whom we believe have medal potential."