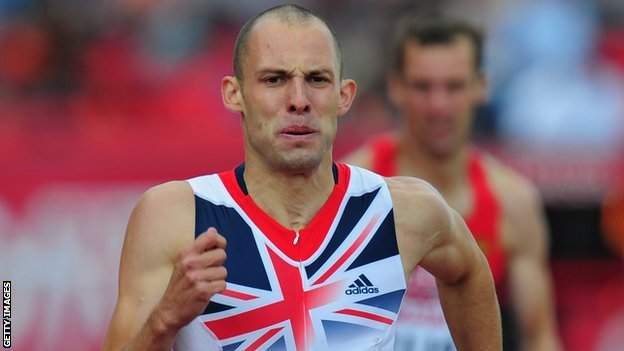 Greene, running in only his second race of the season, finished second to Germany's Silvio Schirrmeister.

On Sunday Brett Morse finished fifth in the discus with a 59.45 metre throw as Germany's Robert Harting win with 64.25m.

Greene, who ran 49.39 seconds, admitted his disappointment, saying: "I didn't put together a good race. I didn't expect them to be as fast as they were.

"I was a bit surprised how I didn't run a bit faster.

"I thought I started well, I was nice and aggressive in the back straight. [There were] too many errors and I was found wanting at the end.

"Fair play to the German lad, he ran a great race."

It was the first time Greene had failed to win in the European Team Championship having won at the previous three championships.

The 27-year-old had raced just once outdoors previously this season after undergoing surgery on a double hernia, finishing fifth in the Rome Diamond League meeting on 6 June.

"I was rusty going into Rome and felt that things had got better since then," Greene added.

"But I was found out a bit here in the windy conditions.

"[I've] got the Birmingham Grand Prix next week and after that a few more Grand Prix and hopefully I'll get a bit sharper and a bit fitter and the times will keep coming down."