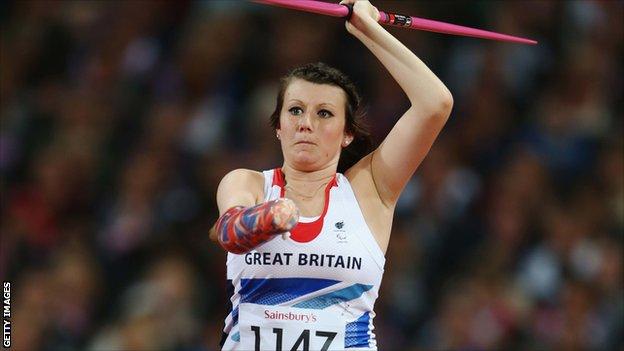 Arnold, 18, born in Grimsby but moved to Cardiff two years ago, is already being tipped to win gold at Rio 2016.

She was the 2011 world junior champion and 2012 European silver medallist in F46 javelin.

Arnold paid tribute to her coach Anthony Hughes, the Disability Sport Wales' Performance Manager, after he success in France.

"It is surreal, there was some tough competition out there but I went out and did everything I could," said Arnold.

"A big thank you to my coach Anthony, I have been training really hard in the lead up so I am more that pleased with the result.'