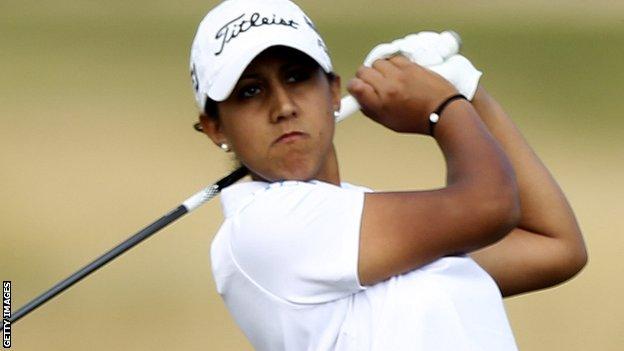 The Welsh presence at the Women's British Open Golf championship at St Andrews has been trebled after two players came through final qualifying.

Amy Boulden and Sahra Hassan came qualified at Kingsbarns Golf Links in Fife on Monday to join Becky Morgan, who was already entered.

Both Welsh players fired four-under-par rounds of 68 to claim their places in the Open which starts on Thursday.

But their compatriot Becky Brewerton missed out after a round of 75.

Boulden, 18, is still an amateur and plays her golf at the Conwy club.

Hassan, 25, from Newport, has been a professional since 2009 and was named UK sportswoman of the year 2012 by the Muslim Women's Sport Foundation.