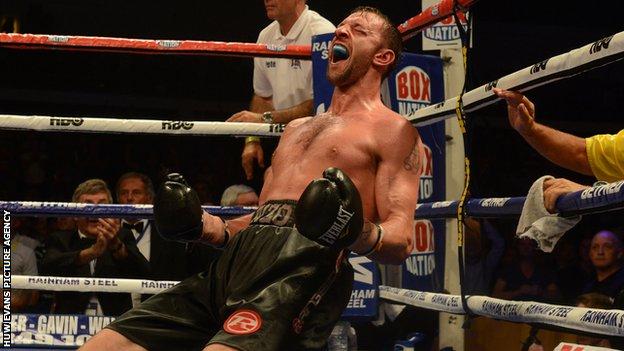 Maccarinelli, 32, was crowned Commonwealth champion after stopping holder Ovill McKenzie in the 11th round in Cardiff last Saturday.

"If I'm going to carry on and if I want to fight again, I'd like to fight for a world title," said Maccarinelli, who lost his WBO cruiserweight title to David Haye in 2008.

And he added: "I need something that's going to whet my appetite and get me up for it like the McKenzie fight.

"I'm at that stage of my career where I need things that get me up for something.

"They offered me a couple of fights before McKenzie and basically I told them I didn't want it because I'm not going to get up for it.

Maccarinelli had been stopped by McKenzie in November 2012 but won the rematch in Cardiff to win the Commonwealth light-heavyweight title.

His victory came on the same evening fellow Welshman Nathan Cleverly lost his WBO light-heavyweight title at the Motorpoint Arena.

Cleverly lost to unbeaten Russian Sergey Kovalev and the 26-year-old says he is considering his future in boxing.

"I haven't thought about any fight to be honest," Maccarinelli said.

"When I wanted to fight him [Cleverly] it was basically said I wasn't good enough to fight him.

"I never speak bad of Nathan and I don't think Nathan's spoken bad about me."