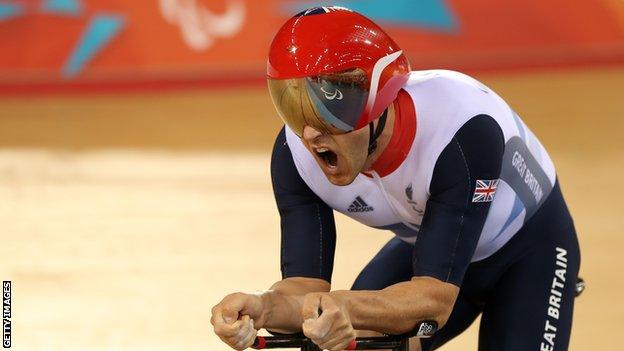 Paralympic champion Mark Colbourne has announced his retirement from para-cycling.

But the 43-year-old said competing at a second Paralympic Games in Rio in 2016 was unrealistic.

"I don't feel I have the physical capabilities to continue for the next three years to Rio," he said.

"I've really enjoyed my para-cycling career, the standout highlight being winning gold at the Paralympic Games in London 2012."

The Welshman joined the British para-cycling team in June 2011 after suffering a broken back in a para-gliding accident two years earlier.

Colbourne, who had represented Wales at volleyball at national level prior to his accident, was awarded an MBE in the New Year honours.

He will be a Paralympic ambassador for the London Velodrome and British Cycling's Para-Cycling Performance Manager Gareth Sheppard said he had been an asset to the team.

"His para-cycling career has been short but successful and I know he's been a real inspiration to both his team-mates and also to impaired cyclists in general," Sheppard said.