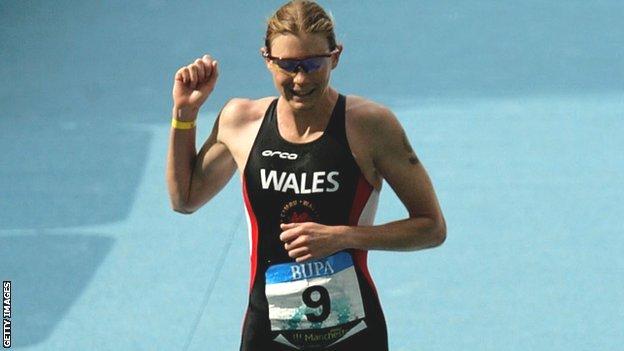 Wales' Leanda Cave lost her World "half" Ironman title after finishing 12th in the women's section in Las Vegas on Sunday.

Cave was diagnosed with skin cancer in February and finished the 70.3 mile course in a time of four hours, 39 minutes and 19 seconds.

American Melissa Hauschildt took the title in a time of 04:20:07.

She became the first woman in the history of the sport to hold the Ironman Triathlon and Ironman 70.3 World Champion titles in 2012.

Cave, 35, who was born in Louth, England, qualifies for Wales through her Welsh mother and won the Triathalon silver medal in the 2002 Commonwealth Games in Manchester.