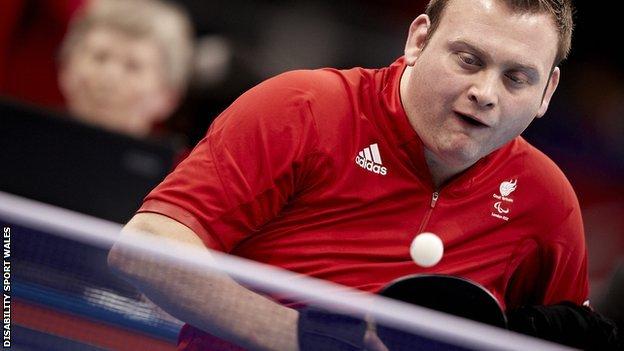 Rob Davies and Paul Davies have won gold in the men's class 1 team event at the European Para Table Tennis Championships in Italy.

It is the second gold medal at the event for Rob Davies, who won the men's class 1 singles title on Monday, beating Paul Davies in the final.

Paul Davies, of North Cornelly, saw off Italy's Andrea Borgato in his semi-final in Lignano Sabbiadoro.

The Davies duo were Team GB doubles partners at the 2012 Paralympics in London.