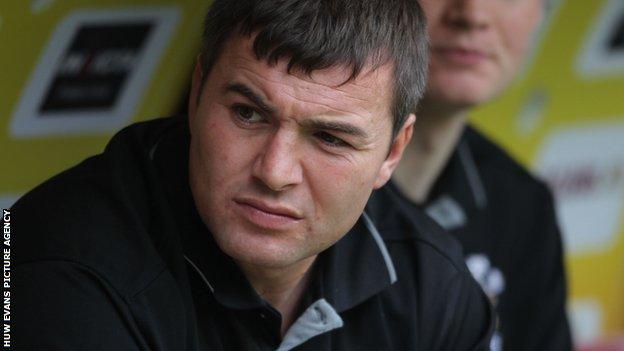 Head coach Iestyn Harris says Wales will have to be at their best to beat Italy in their opening game of the Rugby League World Cup on Saturday.

The Italians beat England 15-14 at the weekend and Harris said the result should serve as a warning to Wales for the game at the Millennium Stadium.

He said: "We knew about the quality of the Italians and we knew they would be a formidable task in our first game.

"I think the result they had against England confirmed that."

The Group C/D match will be Wales' third game at stadium where they the lost to New Zealand in the 2000 World Cup and then again in 2002.

"They are an extremely difficult team to play against and anything outside our best won't be good enough to win that game."

England face Australia in Saturday's opening game of the tournament in Cardiff followed by Wales' clash with Italy.

Harris is relishing a return to the venue and says a successful World Cup campaign could help the game's popularity in Wales.

"To have a game at the Millennium Stadium for a Wales rugby league national side is certainly important to us," Harris said.

"I'm sure the players who take the field will be immensely proud of the fact we're at the Millennium Stadium.

"If we hit the ground running and get some momentum behind us then all of a sudden the Welsh public will start to get behind us.

"That could kick off the sport [and] ultimately we've got that responsibility."