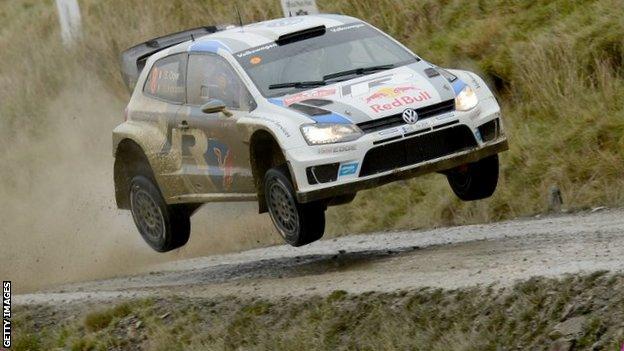 France's world champion Sebastien Ogier ended a stunning season by winning the Rally of Britain in Wales on Sunday.

It was his ninth win in the 13 race championship for the Volkswagen driver.

His record is only bettered in the past by outgoing champion Sebastien Loeb who did not race a full calendar this season.

Ogier, 29, finished ahead of his Finnish team mate Jari-Matti Latvala, who was the winner in Britain for the past two years with Ford.

Ogier secured the manufacturers' title for Volkswagen in the penultimate round in Spain, having secured his maiden title on home soil last month.