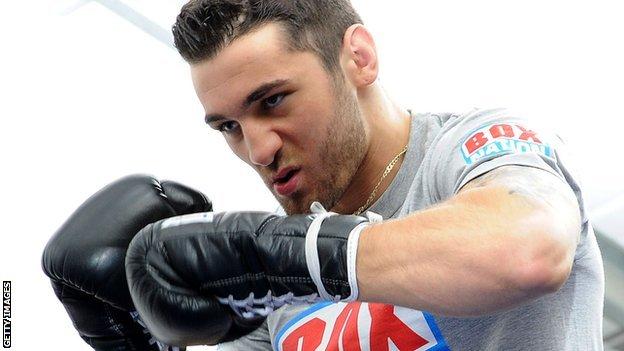 Nathan Cleverly has had to delay his cruiserweight debut for the second time because of injury.

Another back problem has now ended Cleverly's fight with Illunga Makubu, scheduled for 1 February in Monaco.

Cleverly moved up in weight after losing his WBO light-heavyweight title to Sergey Kovalev in August.

Welshman Cleverly, who has won 26 of his 27 fights as a professional, had hinted at retirement after the defeat to the Russian before announcing he was going to step up in weight.

"He has sustained a minor injury and will not be fighting in Monte Carlo on February 1st, and we are about to reschedule a fight for him," said Cleverly's promoter Frank Warren.