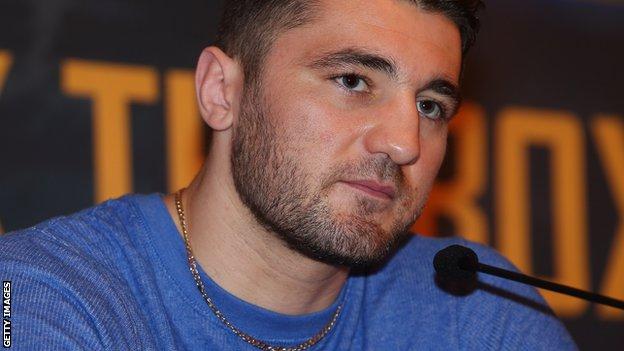 Nathan Cleverly has withdrawn from making his cruiserweight debut for a third consecutive time.

The Welsh boxer had been due to fight on 1 March at Liverpool's Aintree Racecourse.

Cleverly, the ex-WBO light-heavyweight champion, had been expected to face a so-far unnamed opponent, having already called off his planned debut twice.

It is understood Cleverly is not ready to fight and a new date will be scheduled shortly.

Another back problem ended a fight with Illunga Makubu, scheduled for 1 February in Monaco.

Cleverly moved up in weight after losing his WBO light-heavyweight title to Sergey Kovalev in August.