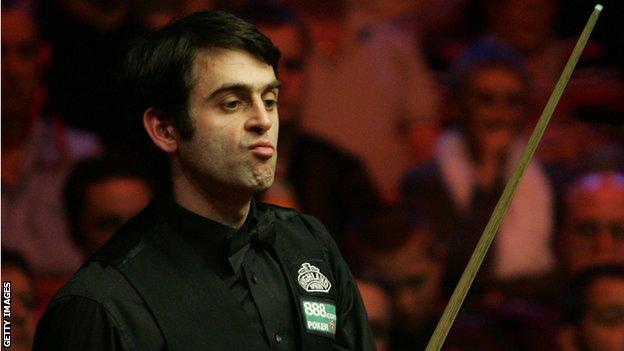 Ronnie O'Sullivan eased past Sheffield amateur Mitchell Travis in the first round of the Welsh Open in Newport.

The reigning world and Masters champion won 4-1 to set up a second-round clash with Barry Pinches, a 4-1 winner against Nigel Bond.

But 2003 UK champion Matthew Stevens had to battle all the way against Adam Wicheard, the Welshman winning 4-3 with a 50 break in the decider - his third half-century of the match.

Scott Donaldson, the hotly tipped youngster from Perth, claimed a notable scalp with a 4-2 win over world number 12 Robert Milkins.

Andrew Higginson beat Martin O'Donnell 4-1 including a break of 100 and Jamie Cope hammered Ryan Clark by the same scoreline, while Andrew Pagett inflicted the day's only whitewash on Marcus Campbell.