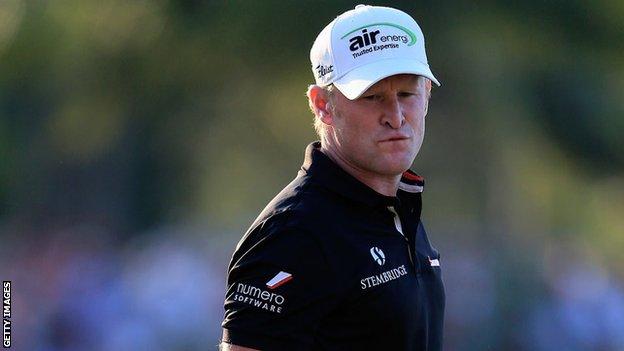 Jamie Donaldson has accepted a special temporary US PGA Tour membership for the remainder of the season.

That result means Donaldson is eligible for membership because he has overtaken the lowest US PGA playoff qualifiers' points total from last season.

Donaldson, 39, twice a winner on the European Tour, leads that series' Race to Dubai standings.

It means the Welshman has an early advantage in qualifying for the European Ryder Cup team who defend their title against the USA in Gleneagles in September.

"There's a long way to go [before the Ryder Cup]," said Donaldson.

"It would be great to play in the [European Ryder Cup] team obviously, but I just need to keep playing well and just do the best I can.

"I've secured my [US] Tour card for next year, but I won't decide until the end of this year if I'm coming back."