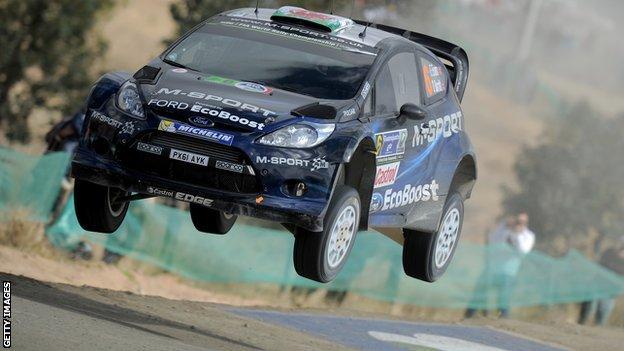 Welsh driver Elfyn Evans' could miss the rest of the Portugal leg of the World Rally Championship after a crash on the fourth stage.

Evans, 25, and co-driver Daniel Barritt were unhurt but their car must be recovered and inspected.

If the damage can be fixed, Evans and Barritt could resume on Saturday.

Evans, son of former British champion Gwyndaf Evans, was fifth in the 2014 series rankings going into the vent.

If he is able to continue racing, he will take a 20-minute penalty into Saturday - five minutes for each uncompleted stage.